Home>Blog>Gujohachiman>Kanzarashi: Washing performance and a illumination of Koinobori in winter 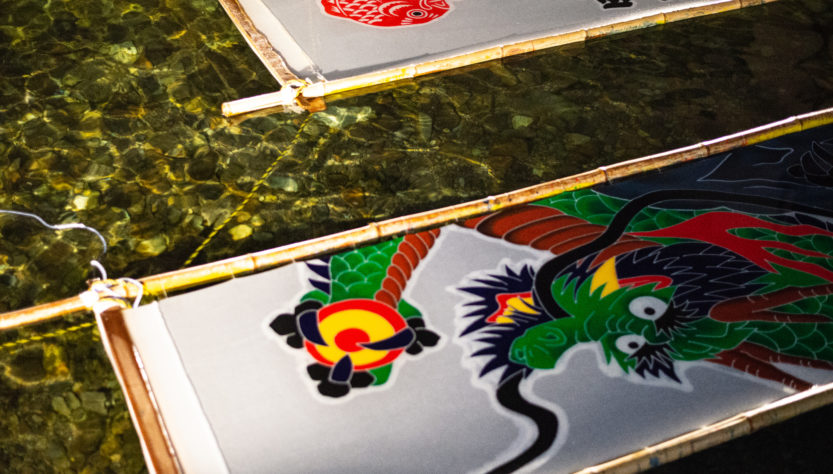 The Washing Performance and Illumination

Washing performance of Koinobori, Carp Streamers made of one of Japanese authentic  dyeing, “Gujo Honzome” is held in Gujo Hachiman twice a winter.  The traditional is preserved from Edo period and craftsman perform their expert skill in winter river.

The day before the performance, Koinoboris are soaked or “swim” in Kodaragawa river and illuminated. Many tourist come to see and take photos of the beautiful scene.

What is Koinobori, carp streamer?

Koinobori is Japanese old culture started among “samurai” from Edo period. It was originally flown to wish son’s health and success but now we fly them to celebrate both sons and daughters in early May. (Japanese has also girl’s festival, “Hina Matsuri festival” in March.)

A dragon painted koikoinobori, carp streamer soaked in Kodaragawa river is now preparing for flying in the wind in the blue sky in May.

If you visit Japan in late April or early May, it is good timing to enjoy koinobori flying in the wind.